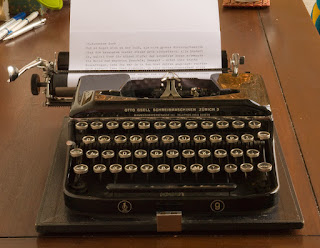 ("Typewriter" by dr. shordzi via Flickr ) For my Week 14 Story Lab assignment, I read through some quotes on Jon Winokur’s Advice to Writers website. The first quote that really interested me was called “ The Golden Hours ” by Hilary Mantel. It basically says that even if you are busy with work, you can still put a few hours aside and if you are undistracted, you can accomplish a lot. I completely agree with this statement because if I honestly put my mind to writing, I can finish a lot quite fast. Even if I am busy with other schoolwork, I can always put aside an hour or two to do some writing for this class and if I am completely focused, which does not happen often, then I can accomplish a lot in that time period. The next quote that I related to was a quote by John McPhee called “ Writing is Selection ”. This quote is about how each part of writing is part of a selection process. As a writer, you choose the next paragraph, next word, next sentence, and more. I c
Post a Comment
Read more 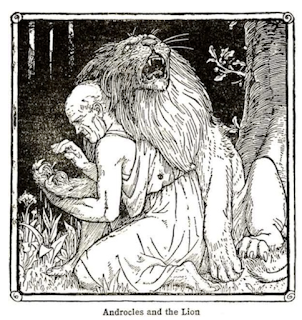 ("Androcles and the Lion" by John Batten via Myth UN-Textbook ) The story that I chose to focus my reading notes on for this post is “ Androcles and the Lion ” by Joseph Jacobs (1916). I chose this story for a similar reason that I chose the other story for this week’s reading as I have also heard this story before. However, the first version of this story that I read was extremely short and lacking in detail compared to this one. This story is basically about a runaway slave called Androcles who helps a lion by taking out a thorn in its paw to which the lion showed its appreciation by giving affection and food to Androcles. However, Androcles got captured by his former master who turned him into the authorities and Androcles was sentenced to death for running away from his master. The emperor decided to make him fight against a lion, but it turns out Androcles was fighting against the same lion that he rescued. The lion ended up stroking Androcles with his paw and on
Post a Comment
Read more 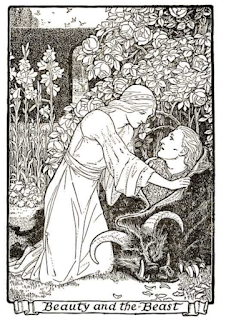 ("Beauty and the Beast" by John Batten via Myth UN-Textbook ) The story that I chose to focus my reading notes on for this post is “ Beauty and the Beast ” by Joseph Jacobs (1916). This story caught my eye because I thought it would be interesting to read a story of something I am familiar with and to see how it differs from the story that I am used to. This story definitely differed from the version of “Beauty and the Beast” that I am familiar with, but I did a little extra research and found that there are so many different versions of the story with all of them differing in many details. This story reminded me of another story that I read this semester called “The Three Roses” because in both cases, the parents picked a rose from where they weren’t allowed to and had to give up their daughters in exchange. Then at the end the creature, the beast in “Beauty and the Beast” and the basilisk in “The Three Roses, ended up turning into a handsome prince or youth. The form
Post a Comment
Read more

Week 13 Story: The Aftermath of Johnny-Cake 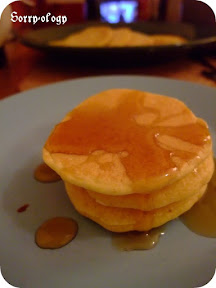 Author’s Note: The original story that I based my story off of was based around a Johnny-Cake that escaped the oven and ran away from all the people chasing it. It ran away from the family of three cooking the cake, two well-diggers, two ditch-diggers, a bear, and a wolf until it eventually got caught by a fox that outwitted the Johnny-Cake rather than trying to chase after it. Based on the original characters, I made my story to be similar to interview statements from the perspective of some of the characters that Johnny-Cake outran. Therefore, I kept the same characters and end result of the people chasing Johnny-Cake but just changed how the story was seen through the perspectives of different characters. If you were not familiar with johnnycakes, a johnnycake is a cornmeal flatbread similar to a pancake.  ("Johnnycake" by Wanchen Tai via  Flickr ) “Never in all my year would I have thought I would see a johnnycake up and running but there it went with my little boy ch
Post a Comment
Read more 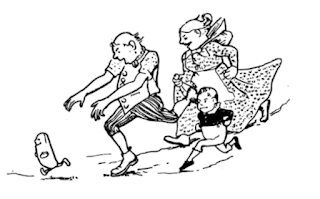 ("Johnny-Cake" by John D Batten via MYTH UN-Textbook ) The story that I chose to focus my reading notes on for this post is “ Johnny-Cake ” by Joseph Jacobs (1890). This story is based around a cake that escaped the oven and caused everyone to chase after him until in the end, he was eaten by a fox. This story seems like an accumulative story which I saw in last week’s readings as the story is somewhat repetitive but keeps on building on top of itself. It seems like an accumulative story as the story continues with the same lines where Johnny-cake is running away from everyone until he meets someone new and tells them who he has outrun. Then he bets that he can outrun them too and the people he meets ends up chasing him. This same plot and lines are the same throughout the entire story with the only thing changing is exactly who is chasing him. In the end, Johnny-cake gets caught by a fox who outsmarts him by saying that he can’t hear Johnny-cake causing Johnny-cake
Post a Comment
Read more 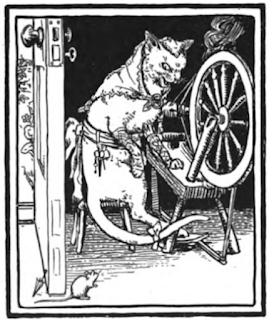 ("Mouse and Mouser" by John D. Batten via Myth-UnTextbook ) The story that I chose to focus my reading notes on for this post is “ Mouse and Mouser ” by Joseph Jacobs (1890). This story is about a cat and a mouse where the mouse tells the cat about everything that it does while the cat always encourages the mouse by saying that it makes the mouse better to eat. This story is broken up into two lines for each “paragraph” with it switching between the cat and mouse speaking. The cat is denoted by having CAT before the paragraph while MOUSE is always above the paragraph in which the mouse speaks. The first line of each paragraph typically ends with the mouse saying, “my lady” or the cat saying, “good body”. This ending usually appears twice at the end of the first sentence of each paragraph and the second line in the paragraph usually gets rid of one of the saying for example if the first sentence ended in “my lady, my lady” the second sentence would end in only “my lady”
Post a Comment
Read more 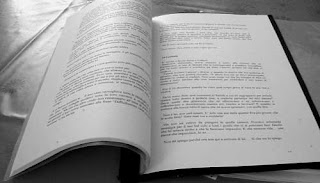 ("Writing a Book" by Laura via Flickr ) For my Story Lab assignment, I looked through the Writer’s Write website and found an interesting article while looking throughout the page. The article is called “ Don’t Commit These 9 Fiction-Writing Crimes ” by Alex J. Coyne. This title really jumped out at me because I wondered if I made any of these so called “crimes” throughout all the stories if I have written in the class and if I have, is there a way to fix that. The first two points of this article go together as the mistakes are to either over-describe or under-describe scenes and setting. I completely understand this because if you under-describe a scene or setting, then it could be difficult to immerse yourself in the story and if you over-describe, it may seem like too much detail that pulls away from the main story. The third point is simply grammatical mistakes, but this can definitely be avoided by some proofreading. The next two points also go together as Alex d
Post a Comment
Read more
More posts